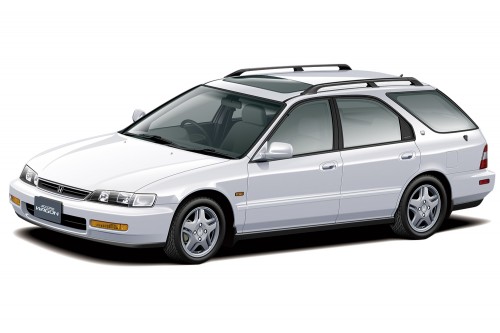 The CE/CF series, the second generation Accord wagon, was introduced in February 1994 as a fully remodeled version of the previous CB series. It was a made-in-USA wagon that was produced at the Ohio Plant in the U.S. and imported to Japan, and became a popular vehicle known as the "Accord U.S. Wagon," and was the number one imported vehicle registered for two consecutive years from 1994.