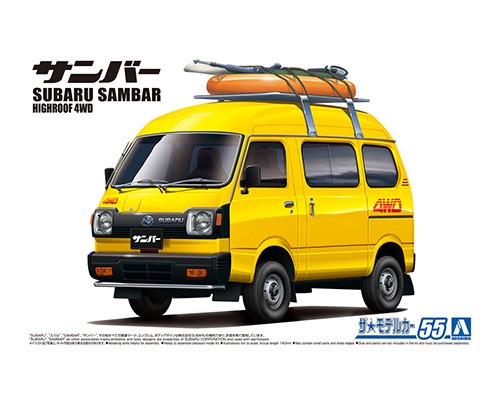 The Sambar was developed by Shinroku Momose, the creator of the Subaru 360, as its chief engineer, and the first model was launched in 1961. The Sambar had an advanced cab-over-engine style for a light truck at the time, and the rear engine layout and four-wheel independent suspension that brought out stable driving and great traction performance became the identity of the Sambar, a tradition that continued until the end of sales of the sixth generation in 2012.