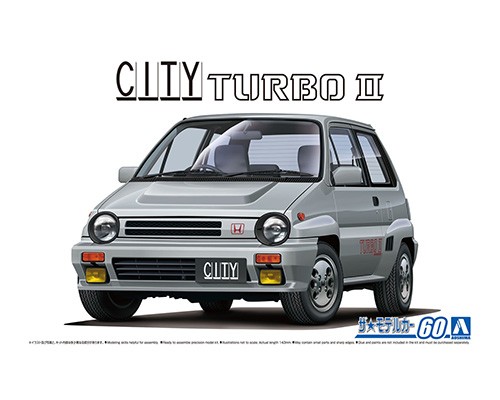 The AA-type City Turbo II was introduced in November 1983, replacing the previous City Turbo. With the addition of an intercooler to the turbocharger, the maximum output evolved to 110PS at 5,500rpm. It also featured a "scramble boost" function that increased the boost pressure by 10% for 10 seconds when the throttle was fully opened when the engine speed was below 4,000 rpm. The exterior was newly equipped with front and rear blister fenders, special bumpers, etc., and became synonymous with extreme and fun hot hatches.