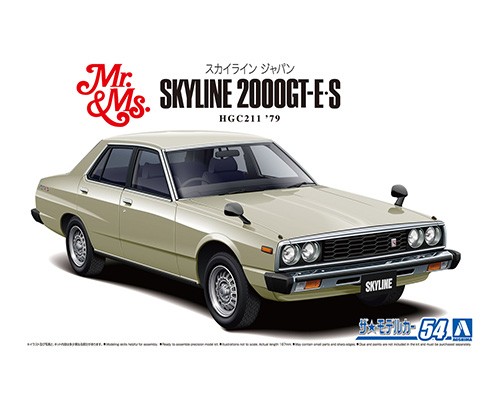 [Features of the actual car]
The fifth generation Skyline C210 series, nicknamed "Japan", was born in August 1977 after a full model change of its great predecessor, the C110 series. While the basic style of long nose and short deck, four round tail lamps, surfing line, horizontal pointer meter, etc., were inherited from the Skyline style, the notch-pack body with independent trunk and the stylish design with straight lines showed the dawn of a new era. The Japan model continued to sell well, with a total production of 540,000 units, making it the second biggest hit of all time.