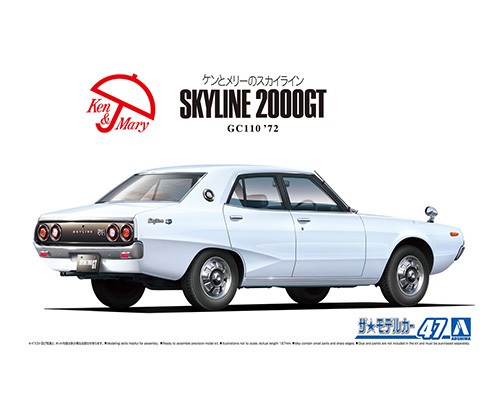 [Features of the actual car]
The fourth generation Skyline C110 series, nicknamed Kenmeri, was born in September 1972 after a full model change of its great predecessor, the C10 series. The Kenmeri, with its basic style of long nose and short deck, four round taillights, surfing lines, horizontal pointer meters, and other Skyline identities, became the biggest hit of all time with a total production of over 670,000 units. The four-door model of the Kenmeri has been called the "four-door Kenmeri = Yonmeri" since the mid-1980s, and is now also known as the "Yonmeri".