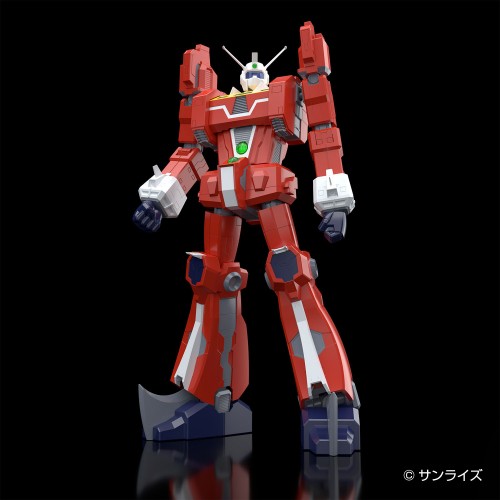 [Product Description]
The " Space Runaway Ideon " anime began airing in 1980. After 40 years, Aoshima finally releases a 1/450 scale plastic model of Ideon from its "Anime Scale" series, which was released at the same time of the broadcast and continued until 1982! The kit is a snap-kit model, color-coded and molded, with emphasis on proportions. Each part has a high degree of flexibility in the range of motion, allowing for a wide variety of poses.
The Ideon Sword､Wave Leader Cannon, and Missile launch effect are also included. This is the definitive version of Ideon, presented in a large scale of approximately 24cm in height!

*The image is a prototype and has been colored for photography. It may differ from the actual product.
*This kit cannot be separated or combined.
*This product is a plastic model kit. Tools are required for assembly.