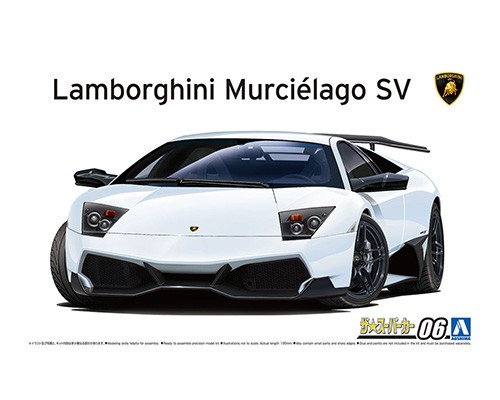 The trademarks, copyrights and design rights in and associated with the following Lamborghini vehicles Murciélago LP 670-4 SV are used under licence from Automobili Lamborghini S.p.A., Italy.

The Lamborghini Murciélago, two-seater with mid- engine V12, was produced in 2001 as successor to the Diablo and became flagship of its lineup.The ultimate version of the Murciélago, SuperVeloce was unveiled in 2009. This SV is a modified version of LP640, powered by 6.5L/V12 engine, also has 15-inch carbon-ceramic disc brakes as a standard. With its improved aerodynamics, the top speed reaches 342km/h.​