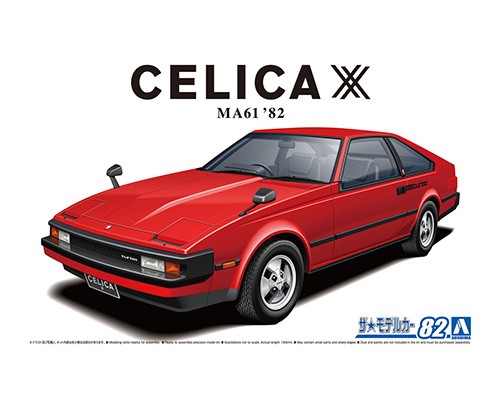 A new era has begun

As the 2nd generation Celica XX, the A60 series was released in July 1981 as a full model change from the previous A40/50.
Maintaining its overall design concept, a retractable headlight was incorporated. As a result, aerodynamics was improved with Cd of 0.35.
This kit replicates the Celica XX in its catalog specifications. The kit is selectable between grades 2800GT, 2000GT TWINCAM24, and 2000G-turbo. Also with additional aero parts such as front spoiler and side step, you are able the build the Celica XX to your preference.