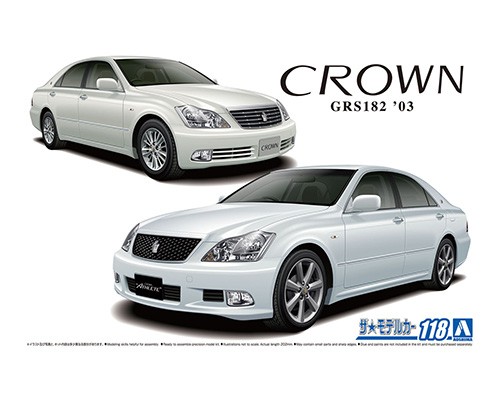 The Toyota CROWN has been leading Japanese luxury sedans. In 2003 the twelfth generation S18 CROWN was released with full model change. Based on the Zero Crown concept car, every component was renewed. On October 2005 its late version was produced with minor change.
This kit replicates Toyota S18 CROWN in catalogue specification. Selectable between Royal Saloon and Athlete G, also each early and late version can be chosen,  you are able to build the kits of your preference.