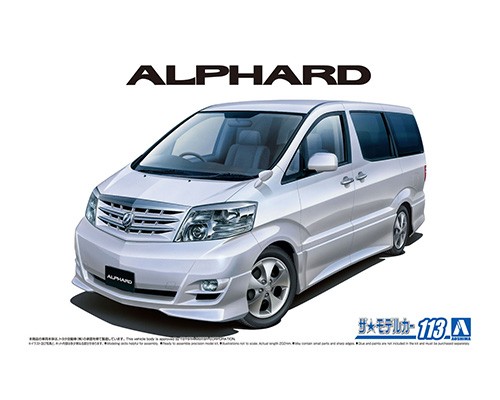 The 1st generation NH10 series Alphard was released in May 2002 as a new line of luxury minivan. It received its first minor change in 2005 and became the late model. Ever since, Alphard has been a best selling luxury minivan in Japan.
This kit replicates the NH10W Alphard in its catalog specifications. The kit is selectable between the Alphard G or V model. Also with low-down parts, custom lip spoiler, chrome-finished front grille, and window masking seal included, you are able to build the Alphard of your preference.