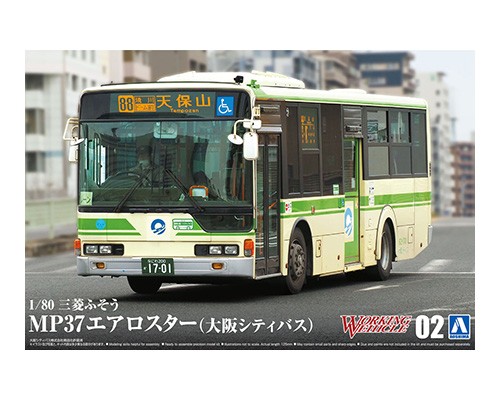 Mitsubishi Fuso Aero Star MP37 is a heavy-duty single-decker bus produced by the Japanese manufacturer Mitsubishi Fuso since 2010.
Its appearance is similar to the second generation Aero Star, but it has different style from other Non step bus. In 2020 new MP38 has appeared with new design, however MP37 is still very active in large cities in Japan.
This kit replicates MP37 in 1/80 scale. The door is openable and its interior is replicated in detail. Kneeling is possible with special gimmick.
Osaka City Bus is bureau of city bus in Osaka which was formed in 2018.
It supports citizens of Osaka and many tourists.