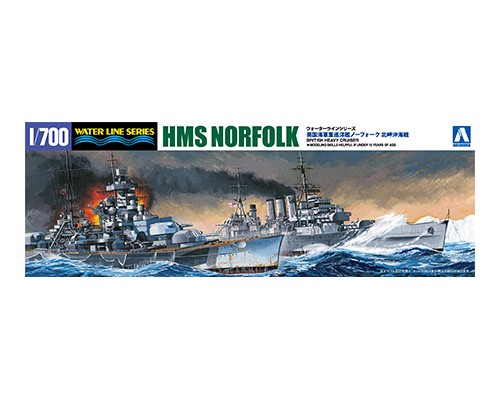 HMS Norfolk of the Royal Navy was commissioned in April 1930 and later served with the Home Fleet until 1932. Then Norfolk went to the America and West Indies Station between 1932 and 1934. From 1935 to 1939, she served on the East Indies Station before returning home to be refitted in 1939. With upgraded radars, she was one of the ships to sight the German battleship Bismarck in 1941, later joining the battle. During the Battle of the North Cape in 1943, she engaged in battle which resulted in the sinking of German battleship Scharnhorst.