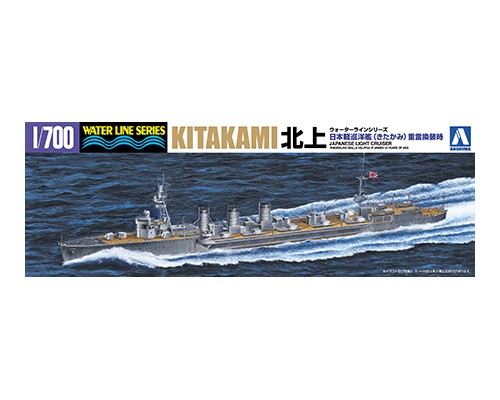 Ordered in 1917 to the Sasebo Naval Arsenal, completed in April 1921, the 4th vessel of Harima-class cruiser Kitakami was converted into a torpedo cruiser. She subsequently participated in Battle of Midway as part of the Aleutian screening force.
She was later used as a fast transport and made numerous sorties to Rabaul and other locations in the Solomon Islands and New Guinea. After taking severe damage in a torpedo attack by the submarine HMS Templar on 27 January 1944, she was converted to Kaiten human torpedoes carrier. She survived the end of the war, and was used as a tender for repatriation vessels after the war.