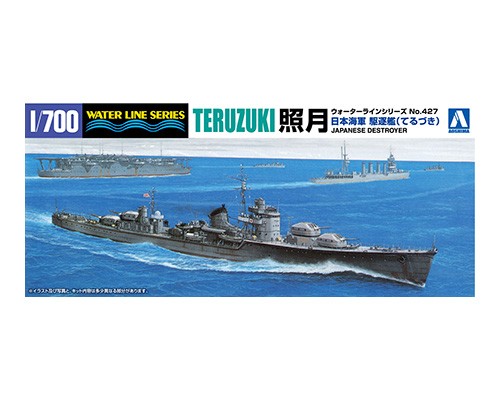 Teruzuki, the second of the Akizuki-class destroyers, was sent to South Pacific waters to form the 61st destroyer squadron after its completion on 31 August 1942. She participated in the Battle of the South Pacific, which was a battle between carrier task forces, as the direct guard of the carrier. She also participated twice in the third Battle of Solomon, where she rescued the crews of the battleships Hiei and Kirishima, but on 12 December 1942, she was disabled by a US submarine and sank herself, ending her short history.