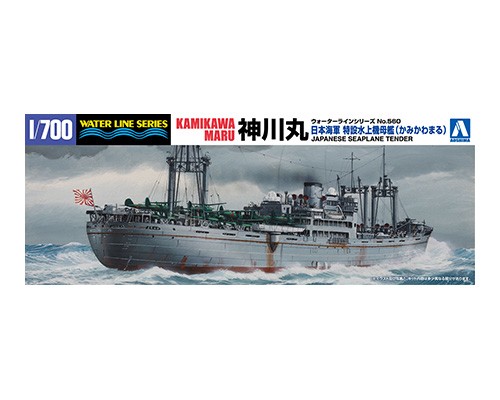 Kamikawa Maru was a seaplane tender in the Imperial Japanese Navy (IJN). The ship was initially completed by Kawasaki as a merchant vessel for the Kawasaki Kisen K. K. Line and on 18 September 1937 the IJN requisitioned it as an aircraft transport ship and it was refitted in 1939 as a seaplane tender. The ship subsequently saw service in the Second Sino-Japanese War and the Pacific Campaign of World War II. Kamikawa Maru was torpedoed and sunk by the submarine USS Scamp on May 29, 1943.