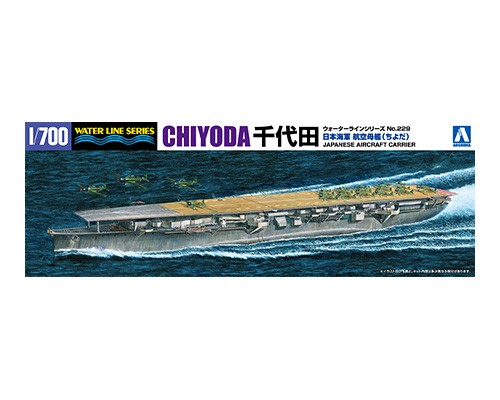 Carrier Chiyoda began as a seaplane carrier. Due to the loss of carriers at  the Battle of Midway, she was converted to light carrier in 1943. At the  Battle off Cape Engaño in Oct 1944, On 25 October, Chiyoda was sunk by a  combination of naval bombers, cruiser shellfire and destroyer-launched  torpedoes.