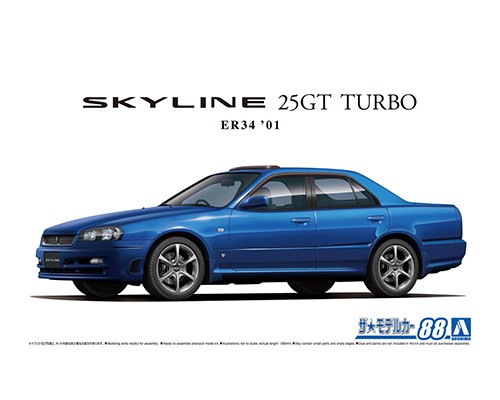 The R34 Skyline was born after a full model change on May 25, 1998, with the catchphrase "DRIVING BODY". In August 2000, it underwent a minor change to become a later model. In September of the same year, the Murayama factory, which had been the production base for successive generations of skylines since the time of Prince, was closed down and transferred to the Tochigi plant, and in September of the same year, the R34 was tossed about by the changes of the times, but as the last skyline equipped with a traditional inline 6-cylinder engine, it is a famous car that will remain in history.