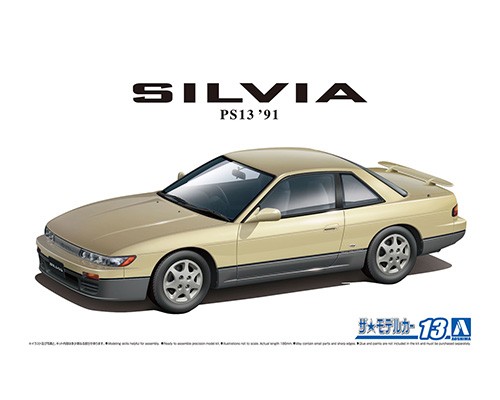 In May 1988, the 5th generation Nissan Silvia S13 was released with all-new bodywork.
It was a massive hit and won the Car of the Year Japan Award.
2 years later in January 1991, it was changed to late version PS13.
This kit is selectable between late version K's to early version, Q's and J's.
SR20DET engine and unique head lights and rear wing are replicated in detail.
With window masking seal, clear red tail lamp, genuine aero bumper and custom parts, you are able to build the kits of your preference.