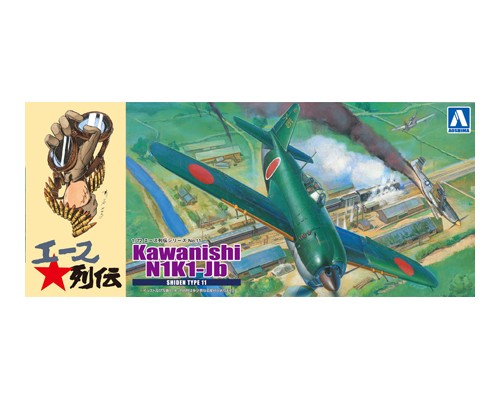 The ACE FIGHTERS STORY series is based on the episodes of pilots and planes. In this series, the pilots who flew the Shiden 11b “Otsu" are featured. “Kihei-tai" was a nickname given to the 403 Squadron formed in May 1945 to defend the skies over Tokyo. With the U.S. forces being able to fly from Iwo Jima, the 403rd faced B-29 bombers and P-51 Mustangs, as well as carrier-based fighters such as F4U Corsairs and F6F Hellcats. The Shiden 11b “Otsu" is also known for its battle over the Bungo Channel, where 12 “Otsu" faced as many as 500 allied planes.