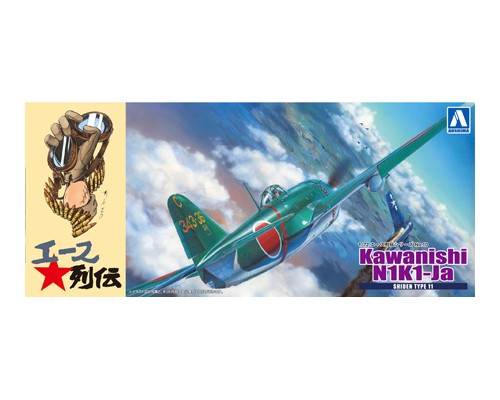 The ACE FIGHTERS STORY series is based on the episodes of pilots and planes. The series includes episodes of Shiden from the 701 unit which fought alongside the famous 343rd Naval Air Group “Tsurugi", the 401 unit formed under the 341st Naval Air Group “Shishi" which fought against Halsey's forces over the skies of Taiwan, and the Yokosuka Air Corps which fought to defend Tokyo from B-29 bombers, P51 Mustangs and carrier-based aircrafts.