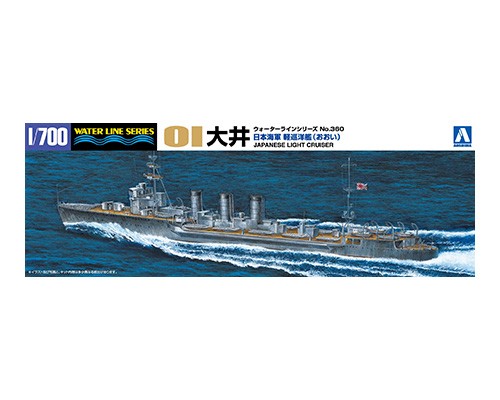 Construction completed on the Oi in 1921 in Kobe's Kawasaki shipyard. She was assigned to the 2nd Fleet's 4th Squadron and was used as a practice ship for the naval academy. She participated in the Battle of Midway and afterwards was converted into a high-speed transport with the removal of torpedo instrumentation. On September 19th, 1944, she was sighted sunk in the South China Sea by an American submarine, the USS Flasher.