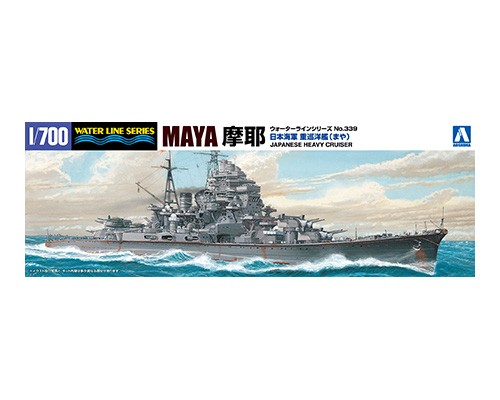 "Japanese cruiser Maya 1944"
Maya was one of four Takao-class heavy cruisers, active in World War II with the Imperial Japanese Navy.
During the repair from Rabaul, a major change was made in Maya's armaments, transforming her into an anti-aircraft cruiser, with her No.3 turret and aircraft hangar removed, and replaced by thirteen triple mount and nine single mount Type 96 AA guns, and six twin-mount 127-mm guns, as well as 36 Type 93 machine guns. After the refit, she joined the Battle of the Philippine Sea. Later she was sunk by the attack of USS Dace.