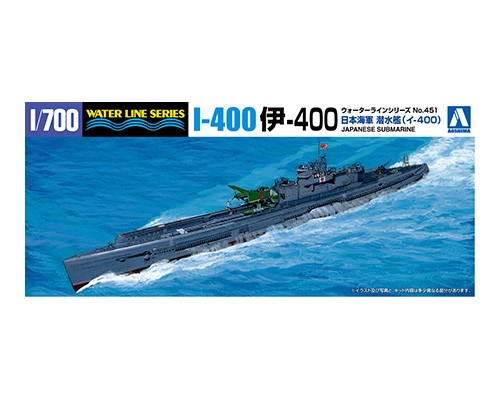 “Imperial Japanese Navy the I-400-class submarine”
The I-400-class submarine was completed on 30th December, 1944. she made sortie to attack on Ulithi Atoll but the plan was cancelled due to the end of the war.
I-400 surrendered to the American destroyer, Blue on 29th August.
She was scuttled in Hawaii in June 1946,