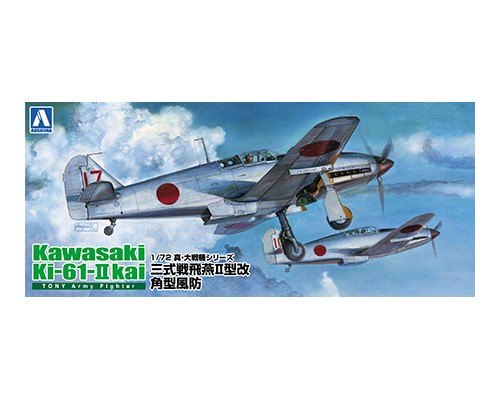 The Kawasaki Ki-61 Hien is a Japanese WWII fighter aircraft used by the I.J.A. The Japanese Army designation was "Army Type 3 Fighter". It was the only mass-produced Japanese fighter of the war to use a liquid-cooled inline V engine known as Ha-40, licensed Daimler-Benz DB 601Aa produced by Kawasaki. Out of 374 Ki-61-II builds, 275 were completed as Ki-100 Ia.